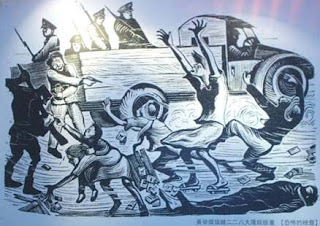 The Chinese Nationalist Party (KMT) should be held responsible for the 228 Massacre because its leaders at the time of the massacre, former president Chiang Kai-shek and then Taiwan governor Chen Yi, were its masterminds, according to a book released on February 20, 2006 "Even though they are no longer alive, their party should still be held responsible," said Chen Yi-shen, vice president of the Northern Taiwan Society.

Chen said that his society is planning to meet on Feb. 27 to discuss whether to file a lawsuit against the KMT.

Chen said that the society's members are thinking of asking for NT$5 billion (US$154 million) in compensation and may file either a civil or criminal suit.

If granted, Chen said that the money would be given to the Memorial Foundation of 228 Incident and the Foundation for Compensation for Improper Trials during the Martial Law Era to build museums.

In response, KMT Chairman Ma Ying-jeou said that he is glad that the book has helped reconstruct the history of the incident, but emphasized that the its claims must be backed up by concrete evidence.

Citing declassified official documents, the 590-pages book, The 228 Massacre: A Report on Responsibility, argued that Chiang ordered troops to be dispatched from China to "maintain order" in Taiwan because protests, which had spread out from Taipei to other areas were deemed "treasonous."

The book contends that the military crackdown against the uprising was a criminal act committed by the KMT and that the government has the right to bring the former regime to justice, although the statute of limitations is 20 years.

2. Responsibility for the 228 Massacre 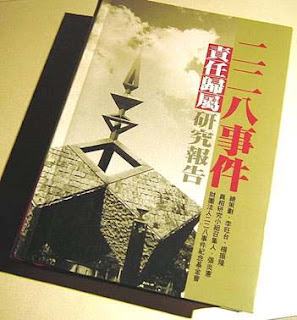 The massacre happened after a female vendor who was selling illegal cigarettes to make ends meet was caught by KMT revenue agents on Yenping N Road in Taipei. The Tobacco Monopoly Bureau agents injured her and accidentally killed a bystander. Crowds demonstrated in protest, demanding that the agents be punished. The protesters were met with gunfire, igniting a fury of widespread public protest across the nation the following day.

To resolve the conflict, Chen requested military assistance from Chiang, who later dispatched troops to Taiwan.

Tens of thousands were either killed, injured or went missing within months of the crackdown. Residents of Keelung, Taipei, Chiayi and Kaohsiung suffered the greatest losses.

President Chen Shui-bian, who delivered the opening speech launch and discussion forum for the new book, said that the incident is a perpetual pain in the heart of Taiwanese people and that it is important to reconstruct the truth in order to learn from it.

"Talk of who should be held responsible for the 228 Massacre was taboo during the authoritarian reign of the KMT," he said.

"Reconstructing a historic tragedy like that and allocating blame is a path that a country undergoing a democratic transformation must take on its way to becoming a more mature democracy," he said.

The president said that he is happy to see the book establish the facts with concrete evidence.

In addition to pinning blame for the massacre on Chiang and Chen Yi, the book also assigns responsibility to Peng Meng-chi, then the commander of the Kaohsiung

Fortress, and Ko Yuan-fen, then the head of the Taiwan Military Garrison. Taipei Times / February 20, 2006. 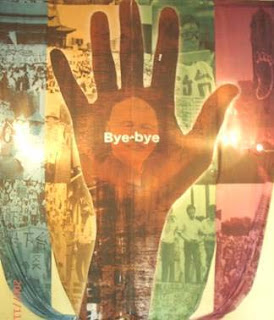 The book also delves into the legal responsibility of the massacre.

Chen Tze-lung, author of the book's first supplementary coda and a law professor at National Taiwan University, said that although the KMT is no longer in power, it committed a monstrous crime 59 years ago, and the government should take action to prevent such a tragedy from happening again.

He proposed that the criminal code be amended to eliminate the statute of limitations for crimes of such magnitude.

He said the clock for the statute of limitations for the 228 massacre should not be considered to have begun "ticking" until May 20, 2000, when the Democratic Progressive Party came to power.

Tai Pao-tsun, a professor at the Graduate Institute of Taiwan History at Taiwan Normal University, said that he would like to see the book's findings become the basis for legal action, as well as educational material at schools.

Many Taiwanese people has found that 228 massacre not only killed Taiwan democratic elites but also gun shoted Chiang Kai-shek’s self-groups at the same time, the terrible white terror last for about 40 years.

4. In short
That dictator Chiang Kai-shek do many evil and terror plots to create his dictatorship at Taiwan, the truth is showing at here as you are viewing .
Very thanks your tour in Taiwan history over transitional justice. Taiwan is my country